Chad. The year began with an emergency permit in large parts of Chad. It had been introduced at the end of 2006 due to the fierce fighting between the government army and rebel forces, mainly in eastern Chad at the border with the Sudanese war-torn Darfur and the troubled Central African Republic. The crisis in the east continued during the year. Hundreds of thousands of refugees from Darfur and the Central African Republic, but also internal refugees, lived there in miserable conditions and were subjected to attacks by rebel groups moving across borders. Chad and Sudan accused each other of supporting government-hostile rebels on both sides of the border.

According to CountryAAH, N’Djamena is the capital city of Chad. Chad’s Prime Minister Pascal Yoadimnadji passed away in February and was succeeded by Nouradine Delwa Kassiré Koumakoye. Former Minister of Defense, former rebel leader Mahamat Nour Abdelkerim was appointed, who a few months earlier had signed peace with Déby a few months earlier in Libya. 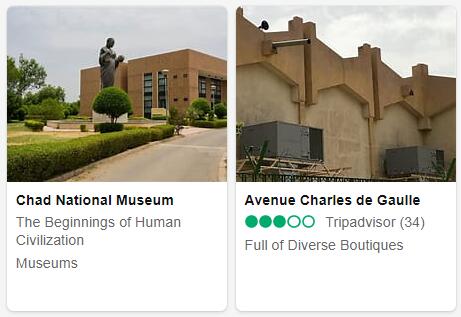 In the spring, between 200 and 400 people were killed and thousands fled when villages on the Chadian side of the border were attacked, destroyed and burned. The Sudanese Janjawid militia was blamed for the abuse.

Shortly thereafter, Sudan accused the Chadian army of having crossed the Sudanese border. The Sudanese army was said to have driven back the Chadian troops and dozens of soldiers were reported to have been killed and many wounded in the fighting. Chad admitted that the border was crossed by the army, but said it was in search of Chadian rebels protected by Sudan.

After talks, the Chad and Sudan leaders signed a reconciliation agreement in May. The same month, the state of emergency in Chad was lifted despite the crisis in the east, where the UN warned of a looming food shortage. Aid organizations that struggled to reach out to food for the refugees described the malnutrition and mortality of the refugee children as alarming. It was estimated that half a million people in eastern Chad depended on outside aid to survive. In the fall, parts of the dry land were hit by heavy rainfalls that left many homeless.

The EU and other donors had pushed the regime in Chad to hold talks with the civilian political opposition. In August, President Déby’s MPS (Mouvement Patriotique du Salut) party and the opposition parties agreed to postpone the parliamentary elections from 2007 to 2009. A decision was also taken on power sharing, new procedures for the election and a joint election commission.

During the year, the EU initiated a peacekeeping force for eastern Chad, and in September the UN Security Council agreed to a joint UN and EU force for Chad and the Central African Republic. The force was planned to amount to about 4,000 men, mostly French soldiers, but also among other things. a Swedish shooting company of about 200 men. The effort was intended to start at the turn of the year. The largest Chadian rebel group, the Union for Democracy and Development (UFDD), declared at the end of the year that the EU force would be fought. The rebels claimed to be at war with the French military and other foreign troops in Chadian territory.

In October, a temporary state of emergency was announced in eastern Chad following fighting between forces belonging to the Tama and Zaghawa people groups. Defense Minister Mahamat Nour Abdelkerim, who himself belongs to tama, claimed that the violence was provoked by zaghawa, the people group President Déby belongs to.

In October, the Chad government signed a peace agreement with four major Chadian rebel groups. But in November, fierce fighting broke out again in the east, when hundreds of rebels were killed, according to Army records. Chad claimed that the rebels received assistance with weapons from Sudan. The fighting continued in December and, according to the UN, aid transport to the refugee camps was prevented.

A group of French citizens were arrested as they tried to evacuate 103 Sudanese children from an Chad airport in the fall. The French claimed that the children came from Darfur and were abandoned and taken care of for humanitarian reasons. But according to the UN Children’s Fund, many of the children came from Chad and several of them told that they were lured with candy to leave their homes and families. A group of Europeans and two Chadians were charged in Chad with suspicion of kidnapping and fraud. Some of them were released later.