Djibouti. According to CountryAAH, Djibouti is the capital city of Djibouti. Djibouti was hoping for an economic boom thanks to the large infrastructure project that is intended to make the port of Doraleh a mile from the capital Djibouti to Africa’s largest container terminal. A government company from the United Arab Emirates, Dubai World, invested through a subsidiary equivalent to SEK 2 billion on the project. The Djibouti state also made money. At the end of 2008, the port, with five times greater capacity than before, was estimated to be ready to receive the very largest container vessels crossing the Suez Canal. A five-star luxury hotel had also opened to lure elaborate corporate executives from the Arab world with lobster and helicopter safaris – while most of Djibouti’s residents still live on less than $ 2 a day and much of the trade in the new port is estimated to be aid to Africa’s interior. 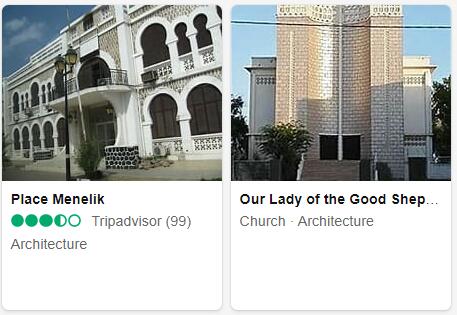 The France occupied Djibouti Obock and then giving birth in 1884 to the tiny colony called French Somali Coast, its unique French possession in East Africa, established as a base on the Red Sea to protect the routes to Madagascar and Asia. Between 1897 and 1917 the railway connecting the port city with the Ethiopian plateau and with Addis Ababa was built, firmly integrating Djibouti into the regional system. In the post-colonial era the territory became a matter of contention between Somalia, which considered it an integral part, and Ethiopia, for whose trade with foreign countries it represented a vital outlet. France juggled between the two ethnic groups, the Afar and the Issa, favoring one or the other according to political contingencies; essentially with the vote of the poorest Afar in 1967 the country (renamed the French Afar Territory and Issa) decided by referendum to retain colonial status. The independence claims, animated by the Somalis, intensified when the relationship between Afar and Issa changed following the influx of Somali refugees; under the leadership of a politician of Somali origin, Hassan Gouled Aptidon, the country obtained, through a referendum, independence (1977) assuming the name of the Republic of Djibouti.

The leadership of Gouled Aptidon effectively sanctioned the economic and political dominance of the Issa ethnic group, fueling the discontent of the Afar, while the flow of refugees from neighboring states (Ethiopia and Somalia) further aggravated the difficult economic and social conditions of the country, backward and dependent on international aid, especially French. Since the late 1980s, the resurgence of inter-ethnic tensions, the destabilizing effects of the precarious situation in the Horn of Africa and the explosion of an anti-government guerrilla, led by the Front pour la Restauration de l’Unité et de la Démocratie (FRUD), expression above all of the Afar ethnic group, contributed to causing a profound crisis in the country. In 1992, also in response to pressure from Paris, a new multi-party Constitution was enacted, but the elections recorded the obvious victory of the president’s party (Rassemblement Populaire pour le Progrès, RPP), which then imposed itself in the presidential consultations of 1993. Again at the request of Paris, the government signed an agreement (1994) with the FRUD and initiated a more equitable distribution of power among the different ethnic groups; the agreement established the integration of a part of the FRUD military forces into the national army and the entry into the executive (1995) of members of the same movement, which became a political party in 1996 and became a governing force in 1997 along with the RPP. The difficult economic situation, to which the presence of over 25,000 refugees, mostly Somalis, also contributed, was addressed with drastic austerity measures. In the presidential consultations of 1999, Gouled Aptidon resigned, his nephew IO Guelleh imposed himself, reconfirmed in 2005. In 2010 the parliament approved a law that allowed Guelleh to run again in the elections and obtain a third term (2011), predictably reconfirmed also in the presidential consultations of 2016 and 2021. The Union pour la Majorité Présidentielle, a coalition of parties that supports the president, then retained its clear parliamentary majority in the elections of February 2013, in which they participated – after the boycott of the previous consultations – including the opposition forces gathered in the Union pour le Salut National; the same result was recorded in the legislative meetings held in February 2018. Djibouti it represents a logistical and operational base in the fight against armed Islamic fundamentalism; US forces have been stationed there since 2003, alongside the traditional French military presence. The country has also participated since December 2011 in the African Union Mission in Somalia (AMISOM).