The Republic of Kosovo remains an incomplete state in terms of territorial integrity and sovereignty (incomplete control over the predominantly Serbian north, continued existence of Serbian institutions on Kosovar territory and the political influence of Belgrade in Kosovar politics over the Serbian minority, continued influence of the international community, above all of the West in the politics of Kosovo) as well as international subjectivity (no UN membership). It follows from this that domestic and foreign policy are often intertwined and foreign policy discussions in various phases occupy a larger space in domestic political disputes and discussions than is the case in fully developed states. At the same time, the legacy of the recent past or their incomplete processing, the 1990’s and the Kosovo war still play a role, for example in relation to war crimes. Domestic political issues are often related to Kosovo’s unfinished democratic transformation, above all the issue of corruption.

According to HOMOSOCIETY, the status conflict between Kosovo and Serbia is repeatedly discharged into disputes between the Albanian majority population and the Kosovar minority. There have been violent riots in the conflict since independence and Kosovar border posts in the north on the border with Serbia in the summer of 2011. Since, as a result of the political dialogue and the April Agreement of 2013, the Serbian list loyal to Belgrade has dominated Kosovar politics, has the majority of the minority’s seats in parliament and is part of the Kosovar government, there have been repeated conflicts within the government and the dismissal of Serbians Minister and subsequent boycott of government and parliamentary work. Tensions have intensified since the end of 2018 as a result of the Brussels negotiations for a final agreement in dialogue with Serbia, specifically the promotion of an exchange of territory and the growing tensions between Kosovo and Serbia following the introduction of punitive tariffs on goods from Serbia by the government in Prishtina in November 2018. Also the murder of the moderate Kosovar opposition politician Oliver Ivanović in an assassination attempt in northern Mitrovica in January 2018 and the subsequent arrests of suspects, including Kosovar police in the north, have led to continued tensions in the north. The endorsement of an exchange of territory by President Thaçi and his opaque conduct of negotiations in Brussels led to tensions between the government and the president, between practically all Albanian parliamentary parties and the president, but also to tensions between the opposition and the governing coalition from autumn 2018.

The domestic political situation in Kosovo remained determined almost a decade after independence in 2008 by the tense relationship between the two largest political parties with their different historical and political backgrounds – the LDK and PDK. Phases of open conflict alternated with phases of government cooperation. Kosovo went into independence with a government coalition made up of the two parties, a prime minister from the PDK and a state president from the LDK. The government collapse in 2010 ended in a constitutional crisis which could only be ended through international mediation. The fundamental reforms of the political system agreed in this context were never implemented. The second coalition government of the two parties, this time chaired by an LDK Prime Minister, lasted from the end of 2014 to 2017. This was preceded by a six-month government formation crisis triggered by the PDK’s blockade of government formation by an opposition alliance consisting of the LDK, AAK, and a parliamentary majority. VV and NISMA, from which the LDK finally dropped out, also under international pressure. The renewed alliance with the PDK again ended prematurely, through a vote of no confidence in its own government coalition, supported by the PDK.

The fact that the opposition was prevented from forming a government with its absolute majority in parliament, a violation of the basic principles of parliamentary democracy, led to the radicalization of the opposition towards the grand coalition. The rise of the Vetevendosje, which gradually caught up with the other two major parties, also meant that their forms of extra-parliamentary opposition were imported into the parliament. In 2015 and 2016, the opposition parties Vetevendosje !, AAK and NISMA massively blocked the work of parliament. A popular means was the use of tear gas, which is smuggled into parliament by individual members of the opposition and detonated there. But eggs were also repeatedly thrown at members of the government. The Kosovar judiciary has initiated several investigative proceedings in this context. At demonstrations, in which parts of civil society also took part, an estimated 40,000 Kosovars gathered to express their demands. Much of the protests were peaceful, with a few riots – the ignition of Molotov cocktails and the throwing of stones and bags of paint at government buildings.

Specifically, the protests sparked primarily on an agreement negotiated between Kosovo and Montenegro on the demarcation of the common border. The conclusion of such an agreement was one of the conditions set by the European Commission for granting the visa-free regime to Kosovo by the EU. The opposition’s criticism was sparked on the one hand by the agreed, minimal border correction in favor of Montenegro, on the other hand by the non-transparent conclusion of the agreement. A second conflict revolved around an agreement with the Serbian Association of Municipalities, which Kosovo and Serbia concluded in the EU-led political dialogue in 2015, and which related to a corresponding regulation from the April 2013 agreement. Another central point of contention was the planned election of the PDK chairman and longtime prime minister of Kosovo, Thaçi as new president through the grand coalition, which was part of the coalition agreement of 2014. Over the years, especially for the VV, Thaçi had become the epitome of all political structural problems in Kosovo, above all structural corruption, weak democracy and authoritarian tendencies. With the election of Thaçi as president in 2016, the early parliamentary elections in 2017 and the AAK’s entry into a coalition with the PDK, as well as the final ratification of the 2018 border agreement – despite the fact that the AAK had previously been the most vehement opponent of such an agreement – the militant protest lost its subject and ebbed away.

Other sensitive domestic political issues are the possible involvement of (high-ranking) Kosovar politicians in war crimes or in the machinations of organized crime. However, there are mainly suspicions and ongoing proceedings in the room, without these having so far led to any legal consequences on a larger scale. In 2005, Ramush Haradinaj was charged by the International Criminal Tribunal for the Former Yugoslavia in The Hague with crimes against humanity against Serbs, Roma and Albanians and war crimes. After the acquittal in 2008, the proceedings were restarted in 2010. In 2012 Haradinaj was acquitted again. Although the court found the defendants’ guilt proven, the prosecution was unable to provide evidence. In the course of the trial, there were repeated intimidation of witnesses and deaths among the witnesses, sometimes under very mysterious circumstances. The former Minister for Transport and later for Post and Telecommunications and NISMA Chairmanship, Fatmir Limaj, is also suspected of having committed war crimes and for alleged corruption. Various proceedings before the UN war crimes tribunal and before local courts under the leadership of EULEX did not lead to any convictions, some of them similar circumstances as in the Haradinaj case.

After months of tug-of-war and as a result of massive political pressure from the USA and the EU, the Kosovar parliament created the legal framework in August 2015 to establish a special court under the auspices of the EU to punish Albanian war crimes during the war in Kosovo and shortly afterwards. The court, which has its seat in The Hague and began its work in 2016, deals with serious war crimes allegedly committed against the local population by members of the Kosovar Liberation Arms (U Ç K) during the Kosovo war. The focus is on crimes against members of the minorities in Kosovo, but also against political opponents. The establishment of the court goes to one Report of the Council of Europe under the leadership of the Swiss Dick Marty, in which Hashim Thaçi and other former leading KLA members were accused of being involved in organ trafficking during the conflict. The allegations that were originally made by Serbia are still controversial today, but not the fact that there were also Albanian war crimes against Serbs, as well as political murders of political opponents in the Kosovo war. It is expected that the court will bring charges against former combatants who still hold leading positions in Kosovo – for years, rumor has it that President Thaçi, PDK chairman Kadri Veseli, but also the brother of former Prime Minister Haradinaj, Daut Haradinaj, have been named.

Since the establishment of the Special Court, and given the fact that it has not brought any charges to date, there have been fears in Kosovo that any indictments against leading politicians could lead to a serious domestic crisis. At the end of 2017, 43 MPs launched an initiative to cancel of the law on the special court. Hashim Thaçi initially announced that he would sign a corresponding law. After massive pressure from the international community, the initiative was dropped again. In July 2019, the then Prime Minister Haradinaj took the summons for an interrogation as an occasion for his surprising resignation. With the government coalition of VV and LDK, parties have been ruling in Kosovo for the first time since February 2020, which should not be affected by a possible charge.

Systemic corruption and the involvement of leading representatives of the largest parliamentary parties, especially the governing parties, in corrupt practices, which is regularly reported by the press, has been a constant source of political disputes and tensions in Kosovo since independence. For many years this was organized along the PDK-Vetevendosje lines, the latter supported by civil society. Under the Haradinaj government from 2017 to the beginning of 2020, this focused on the fact that the coalition government, made up of a large number of, in some cases, small parties, had a record number of 21 ministries, 5 deputy prime ministers and an unprecedented number of state secretaries that remained unknown until the end of the term of office. In this context, criticism was leveled at alleged record expenditure on representation by government officials.

The Bertelsmann Transformations Index and the Freedom House Index provide a good overview of the status and dynamics of the transformation in Kosovo. 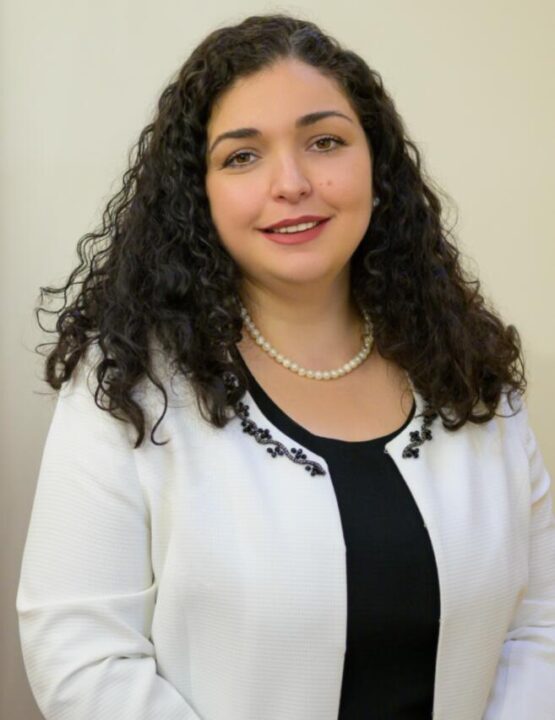 The basilica, built in the 6th century, together with the atrium, baptistery and bishop’s palace form an outstanding ensemble of sacred architecture in what was once a Roman city. The apse is adorned with magnificent gold mosaics. According to historyaah, the Euphrasiana Basilica is one of the most important churches in Croatia and is a […]

Turku Cathedral is one of the city’s most important attractions. Turku symbols – church and castle Turku Castle is one of the symbols of the city. The foundations of the castle were built in 1284, and it has served as a medieval defensive castle, an administrative building during the time of Duke John, the court […]

Yearbook 2007 Spain. A trial was initiated in February against 28 people charged with involvement in the explosion against the commuter trains in Madrid in March 2004. Most of the defendants were of Moroccan origin and the rest were Spaniards; one was a woman and the rest were men. According to CountryAAH, Madrid is the […]