The Kingdom of Cambodia borders Thailand, Vietnam and Laos. Our trip to Cambodia offers hospitable people, fantastic culture, beautiful nature, good food, cozy colonial cities, sun, swimming and beautiful beaches. A land in the shadow of the past but with its face facing the future. On our Cambodia trip, we take a deep dive into the Cambodian culture and get to take part in the everyday life of the locals and also experience the classic sights such as the Royal Palace in Phnom Penh and the fantastic temple area Angkor Wat in Siem Reap. In addition, we get to enjoy a few days of sunbathing and swimming on Sihanoukville´’s beaches, which are considered the best in the country. 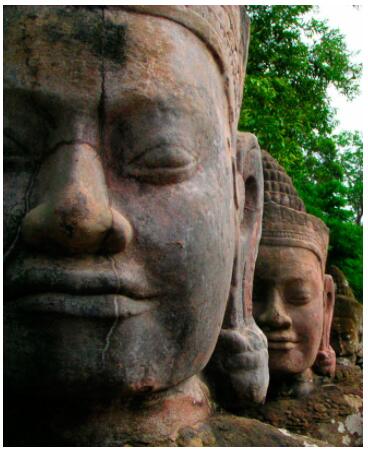 Day 1: Travel to Cambodia
Flight to Phnom Penh. Meals are included on board the long-haul flight.

Day 2: Arrival in Phnom Penh
Arrival in the capital of Cambodia, Phnom Penh. Our representative meets us at the airport. Bus to the hotel for check-in. In Phnom Penh, more than one million people live and the city is beautifully situated where three rivers meet. Under French colonial rule, Phnom Penh was known as the pearl of Asia and in 1953 it became the capital of independent Cambodia. In the evening we gather for a welcome dinner at a local restaurant. Overnight in Phnom Penh. (Noon)

Day 3: Phnom Penh
In the morning we start a city tour in Phnom Penh. We first come to the Royal Palace, which was built by King Norodom in 1866 where it used to be an old part of town. Within the Royal Palace area In the extravagant Silver Pagoda, also known as Wat Preah Keo or the Temple of the Emerald Buddha. It is so called because the floor is covered with five tons of glittering silver. Then we visit the National Museum, also called the Musee des Beaux-Arts. A French archaeologist and dietitian, Georges Groslier, designed the Khmer-style museum in 1917.

In the afternoon we visit S-21Tuol Sleng, originally a high school, but under the cruel regime of the Khmer Rouge it functioned as an interrogation and torture center, where the victims were taken before they were executed. The building is today a museum of the genocide that took place in Cambodia in the 70s. Then we pay a visit to Phnom Penh’s Psar Toul Tom Pong, known as the Russian Market, where you will find lots of souvenirs, curios and silk. Overnight in Phnom Penh. (Breakfast and lunch)

Day 4: Phnom Penh – Battambang
Today we take a bus to Battambang, Cambodia’s third largest city. On the way we visit Udong, which was the royal residence and the capital of Cambodia for more than 250 years until 1866. Then we stop in Pottery Village in Kampong Chhnang. Local families have been making traditional pots here for generations. We get to see how the pots are made and then heated in ovens. We also do a boat trip on Tonle Sap lake and visit a floating village. Overnight in Battambang. (Breakfast and lunch)

Day 5: Battambang – Siem Reap
After breakfast, departure to Phnom Banana. Built in the 10th century as a Hindu temple on a mountain, the Phnom Banana is one of the best preserved Khmer temples near Battambang. We then continue to Siem Reap. Overnight stay in Siem Reap. (Breakfast and lunch)

Day 6: Angkor area
Siem Reap is the contemporary city closest to the Angkor area which is Cambodia’s main attraction. After breakfast, we pick up our individual tour passes that all tourists must show to be admitted to the temple areas. We then visit Angkor Thom, once the largest city in the Khmer Empire (Angkor Thom means “big city”) which was built in the late 12th century by order of King Jayavarman VII. The area covers more than 900 hectares, most of which now consists of jungle. We visit the main sights in the more accessible parts of Angkor Thom, including the Bayon Temple which is located in the middle of the ruined city. The temple is known for its 216 large enigmatic stone faces that possibly represent King Jayavarman VII or perhaps the bodhisattva of Avalokitesvara. We then head to Angkor Vat, Perhaps the most famous temple complex in the Angkor area. Ankor Vat means “The city that is a temple” and was built in the 12th century by King Suryavarman II. The temple area covers a total of almost 200 hectares and we visit the most important buildings and admire the most interesting and best preserved of the many detailed reliefs that adorn the walls. The temple complex was originally built in honor of the god Vishnu and the temple architecture therefore reflects Hindu ideas. The main buildings in the middle of the complex symbolize the absolute center of the cosmos, the sacred mountain Meru, where it was imagined that the gods lived. In the afternoon we visit Ta Prohm, originally a Buddhist monastery built in the late 12th century. The ruins have been deliberately preserved without removing too much of the huge banana trees that threaten to devour the buildings.

Remember to dress appropriately when visiting temples. Women in tank tops and / or short dresses (or short shorts) are not allowed in many temple areas. The same applies to men in too short shorts and / or tank tops. Feel free to bring a sun hat and remember to drink plenty of water. Overnight in Siem Reap. (Breakfast and lunch)

Day 7: Siem Reap
After breakfast we visit the well-known Cambodia Landmine Museum. Then we continue to the Wat Thmey temple, which is known for being located in one of the so-called “killing fields” where so many died during the Khmer Rouge regime. Then we come to Chantiers Ecoles – Les Artisans d’Angkor “(School fields – Angkor craftsmen) where young Cambodians are trained to preserve the Khmer traditional crafts by making stone carvings and swamp sculptures. In the afternoon we visit the Angkor National Museum, which showcases the Khmer rich culture heritage and priceless objects preserved since the heyday of the Khmer monarchy Overnight in Siem Reap (Breakfast and lunch)

Day 8: Siem Reap – Sihanoukville
We check out of the hotel in the morning and fly to Sihanoukville, also known as “Kampong Som”, and is a coastal city in Cambodia. Overnight in Sihanoukville. (Breakfast)

Day 9-10: Sihanoukville
There is plenty to do in the area. You can take it easy on the nearby beaches, go on a boat trip to one of the beautiful islands in the archipelago, fish, snorkel or dive, or perhaps discover the city on your own. There are plenty of restaurants with both domestic and international cuisine as well as an interesting market in the central part of the city. Overnight in Sihanoukville. (Breakfast.)

Day 11: Return from Phnom Penh
It is time to leave Sihanoukville and take a bus to the airport in Phnom Penh to begin the return journey to Sweden. Meals are included on board the long-haul flight. (Breakfast)

Day 12: Arrival at the boarding place.
At lunchtime we arrive in Sweden. 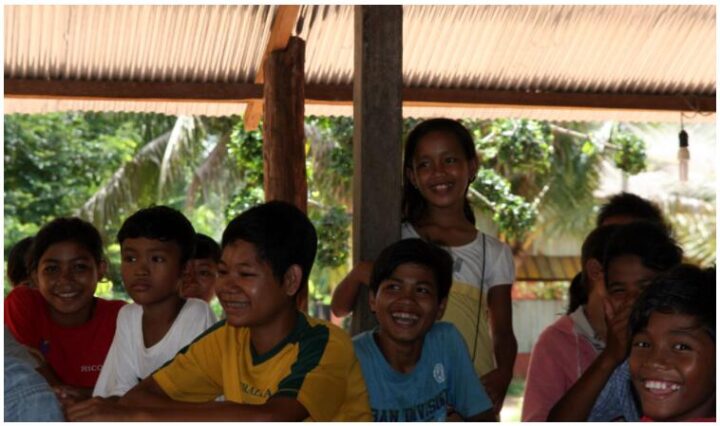