World War II reinforced the strategic and economic importance of Oceania. The populations of the colonies of Melanesia and Micronesia were involuntarily involved in the fighting between Japan and the Allied forces led by the United States, while the southeastern Melanesian and many of the Polynesian islands served as supply and base areas. For the first time, the inhabitants of Oceania became acquainted with an incredible material wealth and met with mutual respect and sympathy with the many foreign soldiers, which stimulated the desire for independence. After World War II, the United States, Britain and France conducted more than 250 nuclear weapons tests on coral islands in Micronesia and Polynesia. In 1963, the United States and Britain stopped the trials, while France, despite international protests, continued. The impact on the health of local people is extensive.

Together, the countries of Oceania occupy an area of 9,008,458 km2 and are home to around 40,117,432 inhabitants. There is a diversity of cultures, traditions and peoples in these countries. Several languages are spoken, such as bislamá, Castilian, chamorro, among others.

How many are there and which countries in Oceania?

There are 14 countries in Oceania, or independent territories, and about 22 facilities that are managed by countries that do not belong to the continent. Countries have no land border, being separated by bodies of water.

→ Independent countries in Oceania and their capitals

Oceania is a continent with very different characteristics from the rest, formed by thousands of islands of different sizes, between the Pacific Ocean and the Indian Ocean. It was then necessary to divide it into regions to facilitate the identification of each area. Thus, Oceania is divided into four regional portions:

All about the countries of Oceania and their flags 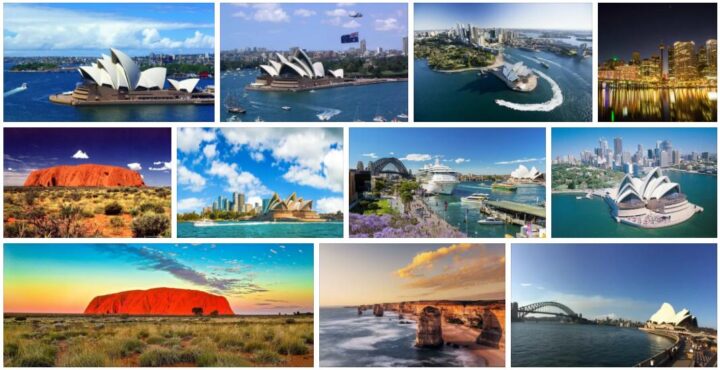