Turku Cathedral is one of the city’s most important attractions.

Turku Castle is one of the symbols of the city. The foundations of the castle were built in 1284, and it has served as a medieval defensive castle, an administrative building during the time of Duke John, the court of Count Peter Brahe, as well as a prison. The castle was destroyed by bombing in 1941, and post-war restoration work was completed in the 1960s. The Turku City History Museum has operated in the castle premises since the 1880s. Many of the castle’s rooms have been restored to their original appearance and can be explored for several hours.

To the east of the cathedral bridge, tourists are greeted by the cathedral and the Old Great Square. The construction of the cathedral began in the 13th century and the last major construction work was carried out in the 1830s, when the interior of the church and the tower were rebuilt after the Turku fire. The Cathedral is the main church of the Finnish Lutheran Church and the country’s national sanctuary. The Old Market Square, located across the road, serves as an arena for the July Medieval Market. There are a few charming cafés and small boutiques in the Great Market area.

On the east side of the river, walk towards Aurasilta, you will come to Åboa Vetus & Ars Nova Museum. The museum area is the oldest region in the city, and archeological excavations have been carried out here for more than a hundred years. Opening below the floor level in the museum, Åboa Vetus presents the ruins of the streets and houses of the medieval Monastery Quarter and the medieval artefacts found in the area. Upstairs in the museum, Ars Nova focuses on contemporary art.

On both sides of the Aurasilla, there will be two more museum sites to explore old Turku. On the city side, next to the bridge, is the Qwensel House, built in the early 18th century, with an interesting Pharmacy Museum in the wing later built.

The Luostarinmäki, rising east of the bridge, is the only unified area that survived the 1827 fire. The Luostarinmäki Crafts Museum, located at the end of Vartiovuorenkatu, presents a more than 200-year-old wooden house area, whose buildings are located in their original places. The houses are decorated with an artisan block with a workshop and residential houses.

The Aura River, which flows through the city, is dear to the locals. In winter, the quiet and atmospheric riverbank comes to life in the spring, and time is spent around it until the autumn evenings cool off around the clock.

Turku’s famous river boats, which start after the plow bridge, are an integral part of the city’s summer. Depending on the ship, meals or snacks are available. On summer evenings, the ships transform into cozy evenings, and their decks provide entertainment under the heaters until late at night. In addition to the ships at anchor, there are also restaurant ships cruising in the archipelago near Martinsilla.

Samppalinnanmäki rises between the Aurasilla and the following Theater Bridge, where the summer theater, indoor swimming pool and sports park are located. Next to the theater bridge is the Turku City Theater, and after that there will be a Wäinö Aaltonen Museum presenting experimental art projects.

On the way to the harbor, Martins Bridge is the last bridge to cross the river. After this, another pual river can be reached by the still picturesque orange För, which is a city castle that flows in the river all year round. Crossing the river on the För is free.

The Forum Marinum Maritime Center, located at the end of Linnankatu after Martinsilla, is a beautiful place to visit. The Finnish Swan and other museum ships resting in front of it are open to visitors during the summer.

Outside the city center, there is colorful things to do for the whole family.

Turku has a comprehensive cycle path network, so if you have enough time, you should consider renting a bike. Bicycles for rent and a printed bicycle map are available from the city’s tourist information office. The beautiful island of Ruissalo is a good destination for a sunny bike ride. The island’s beaches, nature trails, 19th-century villas and the Botanical Museum offer things to see and do throughout the day.

If you are planning an overnight trip, the outdoor islands of the city of Turku Vepsä, Maisaari and Pähkinäinen are good alternatives. The islands have cottage accommodation and beaches. Vepsa also has boats and canoes for rent.

There are also several archipelago ships operating along the Martinsilla, offering cruises of various lengths.

THE BEST OF TURKU

Some river boats also offer passengers dinner during the voyage. 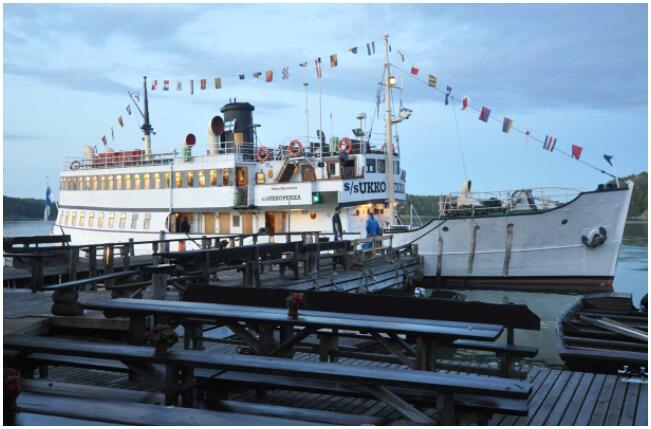 The best sights of Turku

Experience these experiences in Turku