Welcome to a tour during which you will see the main sights of India and Sri Lanka and experience the diversity that characterizes the region. In India, we travel along the so-called “Golden Triangle” and visit New Delhi, Jaipur and Agra, among other places, and see the world heritage sites that are usually on the wish list of most Indian travelers. Then we visit the country’s southern state of Kerala with its famous Bakvatten, where we do a relaxing trip by rice boat. In tropical Sri Lanka with its fantastic nature, we spend a few days swimming and sunbathing, but before that we visit Sri Lanka’s main cultural heritage and get acquainted with the Buddhist traditions found in the island nation. Among many other things, on this journey you will experience the lively city of millions of Delhi, the magnificent palace of the Mughal rulers, the Taj Mahal. 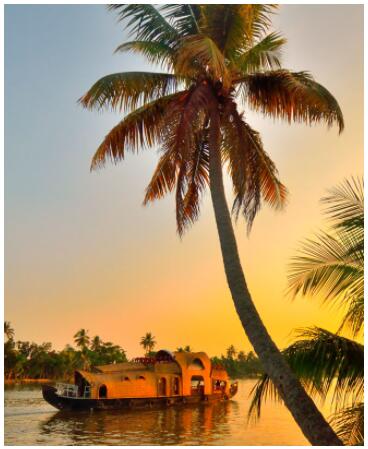 Day 1: Travel to India (Delhi)
Meals are included on board the long flight

Day 2: Delhi
Arrival in New Delhi early in the morning. After luggage collection and passport and customs, our local guide will meet you in the arrival hall. Then transfer to the airport hotel for refreshments and change of clothes with breakfast. Then there will be a half-day city tour of New Delhi. Among other things, we will see Qutub Minar, the tallest stone tower in India. Qutub-ud-din Aibak began it in 1199. To build the tower, he demolished 27 Hindu and Jain temples. In addition, he built the adjacent Quwwat-ul-Islam Mosque. Then we visit Humayun’s tomb, built by the widow of the other Mughal emperor, Humayun. It is a unique monument in Indo-Persian style, a kind of precursor to the Taj Mahal. We pass the impressive India Gate, the Parliament Building and Rastrapati Bhawan, the President’s residence. We return to the hotel after the tour. The rest of the day free time. Overnight in Delhi. (Breakfast and dinner).

Day 3: Delhi – Jaipur
After breakfast we do a half day tour of Old Delhi. We start with a visit to Raj Ghat, a simple memorial to Mahatma Gandhi. We pass the Red Fort, then visit the Jama Masjid, one of Asia’s largest mosques. As the last architectural extravaganza by the Mughal emperor Shah Jahan, it was built in 1656 with the help of 5,000 craftsmen. It is located opposite the Red Fort. The mosque is also known as the Masjid-I-Jahanuma, which means “mosque commanding a view of the world”. The actual size of the mosque is 65 m X 35 m while the courtyard forms a large area and has the capacity to accommodate up to 25,000 devotees. The program also includes a visit to Gurudwara Bangla Sahib, the sacred temple of the Sikhs. In the afternoon we head towards Rajasthan’s capital Jaipur (255 kms / 6 hrs approx.). Immediately after arrival check-in at the hotel. Overnight in Jaipur. (Breakfast and dinner).

Day 4 Jaipur
In order for the soul to feel good, we start the day with 1 hour of morning yoga at the hotel. After breakfast we then go outside Jaipur to the ancient capital Amber to admire the amazing Amber Fort. Maharaja Mansingh, the most successful general of the Mughal emperor Akbar, began building the Amber Fort in the 17th century and before the City Palace was built inside Jaipur, Amber was the seat of power. The fort is surrounded by fortified walls and views of Moat Lake. We go up to the fortress by jeep and walk around the complex and see its beautiful interior with high-quality murals, ivory inlays and mosaics. The fortress dates from the 10th century and is listed as a UNESCO World Heritage Site. We then visit a weaving mill and see how to dye fabrics and make textile prints. We make a photo stop at the fabulous Hawa Mahal .

Day 5 Jaipur – Agra
After breakfast we begin the journey on the second triangle leg to Agra (238 km / 5 hours approximately) As we approach Agra we stop at Fatehpur Sikri, the abandoned red sandstone city, built by the great Mughal emperor Akbar as his capital and palaces in the late 16th century. It was abandoned shortly after it was built when the wells went dry and it remains today in much the same condition as it was over 300 years ago. The city is complete with palaces and mosques and used to be a city larger than London when it was originally built. Now it is an extraordinary place to walk around with its buildings in almost perfect condition. We then continue our journey to Agra. Overnight in Agra. (Breakfast and dinner)

Day 7 Flight Delhi – Kochi
Early in the morning we head towards the airport to board a flight to Kochi, Kerala. The afternoon continues with a half day tour and we visit the Dutch palace, also known as Mattancherry Palace (closed on Friday and jweish holidays) built by Portuguese and performed for Rajen by Cochin in 1555 AD. It got its current name in 1663, when the Dutch carried out extensions and repairs in the palace. However, Portuguese or Dutch never stopped here. Its interiors are decorated with murals of the Ramayana and there are some colorful exhibits of royal costumes and palankins. Then we visit the Jewish synagogue (closed on Fridays and Jewish holidays), which was built in 1568. The big scrolls of the Old Testament, the copper plates in which the privileges granted to Kochi’s rulers were preserved and the exquisite Chinese hand – painted plates are of interest. Chinese fishing nets stretched out to sea using a mechanical method to catch fish by local fishermen in Fort Koch. The method, which is said to have come from China through traders at Kubla Khan’s court, is only used at high tide. In the evening there will be a kathakali dance show. Overnight in Kochi. (Breakfast and dinner)

Day 8 Kochi – Periyar
After breakfast there will be a ride to Periyar (160 km). In the afternoon we continue towards Periyar National Park to see wildlife from a boat. Located within the borders of the Western Ghats in the southern Indian state of Kerala, Periyar National Park and Tiger Reserve is one of the most fascinating zoos in the world. The park has a picturesque lake in the heart of the sanctuary. Herds of elephants and sambar deer, gaur and wild boar migrate down to the lake and can be viewed from the boat on the lake. Here in Periyar there are also leopards, wild dogs, barking deer and mouse deer. On the rocky fields along the lake you can see lizards in the sun. Overnight in Periyar. (Breakfast and dinner)

Day 9 Periyar – Alleppey
In the morning we go to Alleppey (160 km). After arriving at Alleppey, we board the houseboat for an overnight cruise. These houseboats are also known as “Ketuvallam” or “rice boat”. A backwater consists of a unique network of rivers, lakes, bays, lagoons and canals that stretch into villages and towns. Backwaters are very important for Kerala’s tourism with cruises on the winding waterways. Taking a trip with a Ketuvallam can be the most romantic and relaxing trip you can ever make with a stop during the night in the middle of Lake Vembanad. This backwater journey through the narrow canals that cross Kerala’s cozy villages, adorned with lush green paddy fields and long coconut trees, makes it an absolutely enchanting place. Overnight stay on a houseboat. (Breakfast,

We have breakfast on board the houseboat. After arriving in Alleppey, it’s time to get off the boat and get to Kochi Airport and fly to Sri Lanka. After arrival we meet our local guide who will take us to our hotel in Negombo. The rest of the day free time. Overnight in Negombo. (Breakfast and dinner)

Day 11 Negombo – Sigiriya
We travel to the Lion Rock in Sigiriya. Along the way we make a stop at Dambulla Cave Temple, which was built by King Walagambahu in the 1st century BC. Dambulla Cave Temple is a World Heritage Site and the most impressive of Sri Lanka’s cave temples. The complex of five caves with over 2000 square meters of painted walls and ceilings is the largest area of ​​paintings in the world. The caves contain over 150 images of the Buddha, the largest of which is the Buddha’s colossal figure carved in stone and spans 14 meters. Overnight in Sigiya. (breakfast and dinner)

Day 12 Sigiriya
After breakfast, we go to the Sigiriya cliff. After an old prince killed his father to gain the throne, he had to flee to his amusement park and turn it into a fortress to protect himself. The spectacular citadel Sigiriya was built on top of a giant stone and seems completely impregnable from the plain below. This remarkable archeological site from the 5th century is unforgettable due to its dramatic environment. A moat, wall, extensive gardens, including the famous water gardens, say something about the bottom of the mountain and the frescoes of the “virgins of heaven” in Sigiriya.
Note! Note that to reach the top of the Sigiriya cliff, there are almost 1200 steps up and down. Anyone in reasonably good condition can venture up to the top of the Sigiriya cliff and it is really worth the effort, but it is important to know these small details before embarking on this excursion.

After Sigiriya we get to breathe in the bus for about 2 hours before we reach the ancient ruins of Polonnaruwa, which became the second capital of Sri Lanka. Built in the 11th and 12th centuries and is a UNESCO World Heritage Site. Here you can see the ruins of the royal palace, Gal Viharaya (3 amazing statues of Buddha in upright, sedentary and reclining positions carved out of stone). Audience hall, lotus bath, Polonnaruwa statue and Lake Parakrama Samudra, built by King Parakramabahu the Great. There are also ruins of famous shrines such as the Shiva Temple, Lankatileka, Watadage, Galpotha, Kiri Vihare Dagoba and the remains of a former Tooth Temple. Overnight in Sigiriya. (Breakfast and dinner)

Day 13 Sigiriya – Kandy
We depart for the holy city of Kandy. Along the way we visit a spice garden in Matale. In the afternoon, we visit the dental temple and enjoy a short tour of the beautiful city of Kandy. Undefeated for centuries, this capital certainly defended the Sinhalese culture and sacred Buddhist relics against the unsuccessful attack of Dutch and Portuguese invasions, before finally falling for British political tricks in the early 1800s. Among many fascinating sights is the Temple of the Tooth, one of the holiest shrines in the Buddhist world. In the evening we witness the traditional cultural dance show that starts 1700hrs. Overnight in Kandy. (Breakfast and dinner)

Day 14 Kandy – Kalutara
After a quiet breakfast at the hotel, check out and travel to Kalutara for a few long-awaited days at the beach. On the way there we visit the botanical garden Peradeniya. The Royal Botanic Gardens of Peradeniya are 147 hectares in size. It was opened in 1374 as an amusement park by the kings of Gampola and Kandy. There are more than 4,000 species of trees, plants and vines. Some rare and endemic and flora from the tropical world are found in the garden. The spice garden and orchid house are popular with tourists. There are 5 Palm Avenue that spread beauty to the gardens, the first and highest Palm Avenue (Royal Palm Avenue) was planted in 1905 and Double Coconuts from Seashells Island. A Royal Palm Avenue provides the largest seed of any plant in the world. Overnight in Kalutara (breakfast and dinner)

Day 16 Kalutara
Spend the whole day at leisure, enjoying the beach and hotel amenities. Late evening transfer to the airport and flight back to Sweden. (Breakfast, lunch and dinner) 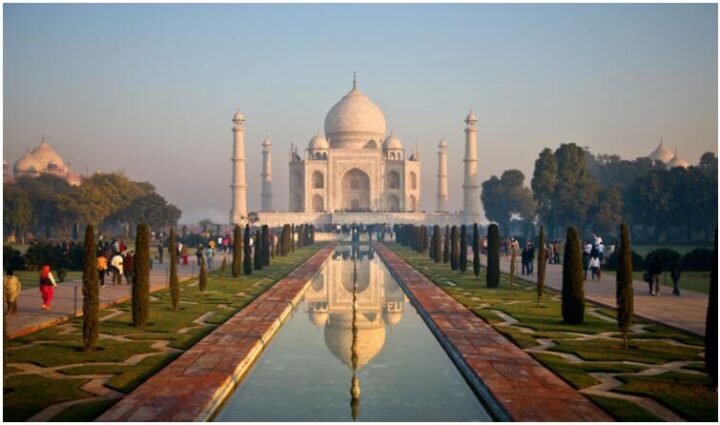