Shirley Bassey (born 1937)
She produced a large number of albums and singles, but she was best known as the singer of three theme songs for the James Bond films – including the song “Goldfinger”.

Tom Jones (born 1940)
In 1963 he tried to become known as a singer with the beat band “Tommy Scott with the Senators”. Since he was not very successful with the band, he decided to pursue a solo career. He began as a club singer first in Wales and from 1964 in London bars. In one of the bars he was noticed by the manager Gordon Mills, who then produced records with him. The track “It’s Not Unusual” was a great success and reached number 1 in the British charts. Many hits followed. The theme song from 1965 to the films What’s New, Pussy? and in the James Bond film “Feuerball” In Germany he came in 1968 with Delilah and Help Yourself twice on number 1 of the hit lists. In the early 1970s he moved to Las Vegas and performed shows there – especially with country pop. It was not until 1987 that he reappeared on the UK charts with the song “A Boy from Nowhere”. In 1991 he sang “Carrying a Torch” in a duet with Van Morrison.

Bonny Tyler (born 1951)
Her best-known songs include “Lost in France” from 1977 or It’s a Heartache and Total Eclipse of the Heart. She sang the title song of the same name in Mike Oldfield’s 1987 album entitled “Islands”. Then it became quiet around her. But in 1991 she made a comeback with the help of Dieter Bohlen with the title “Bitterblue”, which appeared under the pseudonym “Howard Houston”. Tyler and Bohlen still produced the two albums “Angel Heart” (1992) and “Silhouette in Red” from 1993.

Bryn Terfel (born 1965)
Terfel is one of the most famous concert and opera singers in the world with the bass baritone pitch.

Christian Bale (born 1974)
Bale played the leading youth role in Steven Spielberg’s film “In the Empire of the Sun”. In 2007 he played Bob Dylan in the movie “I’m not there”. And in 2009 he played John Connor in the fourth installment in the series, Terminator: Redemption. There are contracts for two more Terminator films

Richard Burton (1925-1984)
Born in Wales, Richard Burton is a great British actor. One of his best-known and most impressive films was certainly “Who’s Afraid of Virginia Woolf?” From 1966, which is also seen as a reflection of his own life with his then-wife Elizabeth Taylor. He played his last role in the year he died in “1984”, a film adaptation of the novel by George Orwell

Timothy Peter Dalton (born 1946)
Dalton is an important Shakespearean actor and played the agent of the British secret service James Bond as fourth actor in the films “The Living Day ” (1987) and “License to Kill” (1989), what made him internationally known.

Sir Anthony Hopkins (born 1937)
Hopkins was best known for his portrayal of Dr. Hannibal Lecter in the film “The Silence of the Lambs” from 1991.

Rhys Ifans (born 1968) became
internationally known for his role in the comedy film “Nottingham” or in “Elizabeth – The Golden Age” from 2007.

Terry Jones (born 1942)
comedian, director and writer. He became known as a co-founder of the comedian group Monty Python. he played in the films “The Life of Brian2” or in “Knight of the Coconut”

Michael Sheen (born 1969)
Sheen is a film and theater actor. Worth mentioning is his important supporting role in the historical film “The Four Feathers” from 2002. He played a central role in Len Wiseman’s “Underworld” from 2003. In the same year he played Prime Minister Tony Blair in the TV movie “The Deal”. He played Blair again in 2006 in Stephen Frears’ drama “The Queen”.

Jonathan Pryce (born 1947)
demonstrated his attachment to his Welsh homeland when he gave a concert in Welsh for the members of the National Assembly for Wales. Pryce played roles in films such as “Brazil” from 1985 – together with Robert De Niro and Bob Hoskins, “Glengarry Glen Ross” from 1992 – together with Jack Lemmon, or “Evita” from 1996 – together with Madonna. He also starred in the 1997 film “Tomorrow never dies” – with Pierce Brosnan and Judi Dench, among others. but you can also experience him on stage, for example in the musical “Miss Saigon” or in “My Fair Lady”. 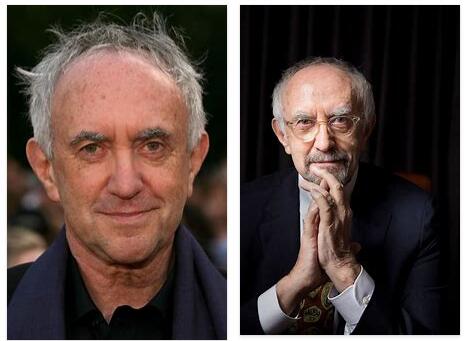 Yearbook 2007 France. In January, the Union Government for a People’s Movement (UMP) appointed Interior Minister Nicolas Sarkozy as its candidate for the presidential election. Sitting President Jacques Chirac announced in March that he would not run for a third term. Sarkozy’s main opponent was the Socialist Party’s Ségolène Royal, but the temperature of the […]

The bitterness and exaltation of this world aroused by fantasy subsided in NV Gogol (1809-1852), the absolute master of realism. He approached fiction with tales full of life, in which one breathed nature (Veglie at the farm near Dicanca, 1830-32), then stroked the popular sensibility with the sanguine and full-bodied (1835). So far Gogol was […]

Czech Republic (in Czech language: Česká republika ). According to educationvv, it is a central European state, bordered to the north by the Republic of Poland, to the east by Slovakia, to the south by Austria, and to the west by Germany. It is made up of the traditional regions of Bohemia and Moravia and has an area of 78,866 km2, comparable to that of Portugal, Austria or Ireland. It is a landlocked […]